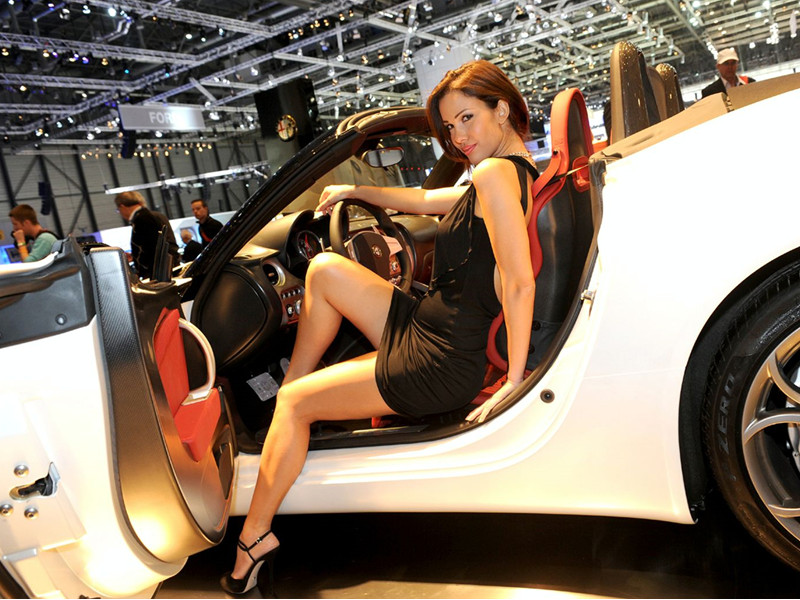 Why an Auto Show Cannot Exist without Cars and Beautiful Models

When thinking about auto shows, everyone thinks about amazing new cars and the beauty of auto show models. Over the years, every single automaker is getting a group of models to pose around their cars at all the major automotive shows. This was not always the case and it has been an evolution that leads to this practice.

In the early days, seeing a car and model alongside the way we know it was not something common. Printed media will often have car adverts that would feature a new car model alongside with a woman or family. The dress code in these adverts was very conservative. At that time, the ads would promote the cars as family-friendly to appeal to the public`s strong belief in family values and the classic family lifestyle.

Over the years, the dress code started to migrate slowly towards more appealing outfits, more revealing, using attractive models. While this may be seen as a marketing move based on the concept that sex sells, it has been a common practice for so long that it is difficult to imagine a car show without models. Beauty and cars are inseparable.

Today, being an auto show model is a genuine career. Many automakers employ the same modeling team or agency to have at their booths alongside their cars. The immediate response from the visitors has a lot to do with viral marketing. Visitors love to take photos of themselves alongside the models and cars. This stirs up discussions and hype on social media. To simplify things, automotive shows have attractive models posing with their cars for marketing reasons. They have a significant contribution to how interested the visitors are in their new cars. Many advertisements containing photos from these auto shows always showcase the car and the model. It is undeniable that if an automaker would not make use of beauty and have not even one auto show model, their cars would not harness the same attention from the public and automotive journalists.

Germany 2021 Auto Show Will No Longer Be Hosted in Frankfurt